HOW the BIBLE BEGAT the INTERNET?

The following piece was sent to me by my cousin in Australia.
It has NOTHING to do with writing for children or books for children

UNLESS . . .
the Bible, children, and the Internet are somehow linked.

I just think it's a cool, fun, and really clever way to
HOOK technology to a Bible story. 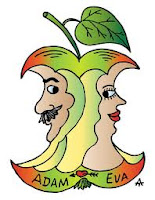 In ancient Israel, it came to pass that a trader by the name of Abraham Com did take unto himself, a young wife by the name of Dot. And Dot Com was a comely woman, broad of shoulder and long of leg. Indeed, she was often called Amazon Dot Com.

And she said unto Abraham, her husband, “why dost thou travel so far from town to town with thy goods when thou canst trade ...without ever leaving thy tent?” 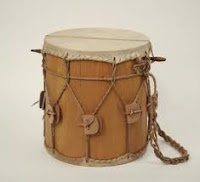 And Abraham did look at her as though she were several saddle bags short of a camel load, but simply said, “How dear?” And Dot replied, “I will place drums in all towns and drums in between to send messages saying what you have for sale, and they will reply telling you who hath the best price. And the sale can be made on the drums and the delivery made using Uriah’s Pony Stable (UPS).”


Abraham thought long and decided he would let Dot have her way with the drums. And the drums rang out and were an immediate success. Abraham sold all the goods he had at the top price, without ever having to move from his tent.

To prevent neighboring countries from overhearing what the drums were saying, Dot devised a system that only she and the drummers knew. It was known as “Must Send Drum Over Sound” (MSDOS), and she also developed a language to transmit ideas and pictures – Hebrew to the People (HTTP).

And the young men did take to Dot Com’s trading as doth the greedy horsefly take to camel dung. They were called Nomadic Ecclesiastical Rich Dominican Sybarites, or NERDS.

And lo, the land was so feverish with joy at the new riches and the deafening sound of drums that no one noticed that the real riches were going to that enterprising drum dealer, Brother William of Gates, who bought off every drum-maker in the land. And indeed did insist on drums to be made that would only work with Brother Gates’ drumheads and drumsticks.

And Dot did say, “Oh Abraham, what we have started is being taken over by others.” And Abraham looked out over the Bay of Ezekiel, or eBay as it came to be known. He said, “We need a name that reflects what we are.” And Dot replied, “Young Ambitious Hebrew Owner Operators.” “YAHOO”, said Abraham.

And because it was Dot’s idea, they named it YAHOO DOT COM. Abraham’s cousin, Joshua, being the young Gregarious Energetic Educated Kid (GEEK) that he was, soon started using Dot’s drums to locate things around the countryside. It soon became known as God’s Own Official Guide to Locating Everything (GOOGLE). That’s how it all began. And that’s the truth.

Thoughts and comments are welcome.

If I knew the author I would happily add attribution
+ a link to his/her website. 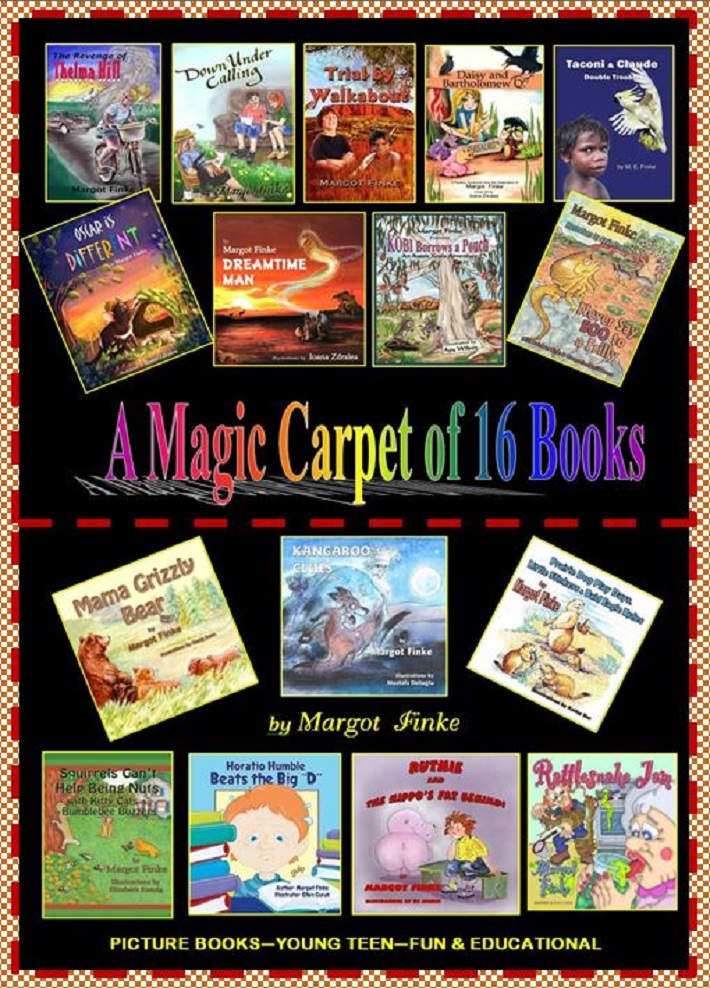 BUY "Autographed" BOOKS or Ask for a Skype Author Visit -- Please include your eMail address.

READ SAMPLE CHAPTERS or VERSES -- From all 16 of Margot's Books 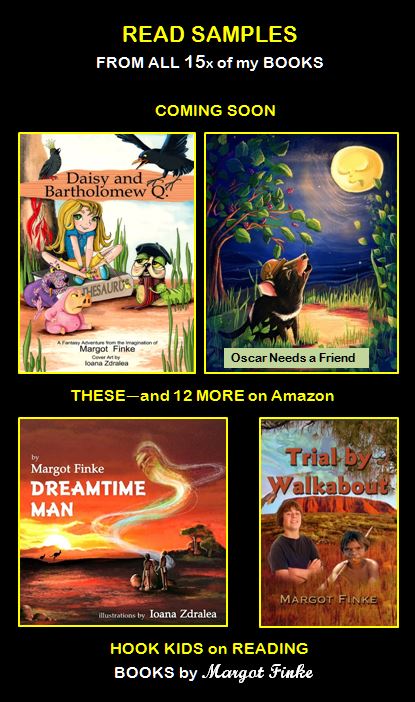 TEACHERS - read my SKYPE LESSON PLAN - or eMail me: mfinke@frontier.com

VISIT Margot's other BLOG for details regarding a Skype Author Visit

DAISY and BARTHOLOMEW Q. + The REVENGE of THELMA HILL 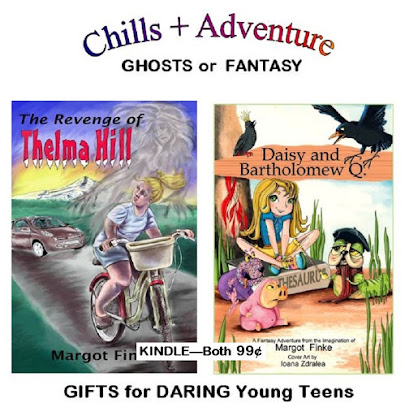 If you are a DYSLEXIC TEEN or a PARENT, listen to this success story. Shared from Flemming Ast, a great fan of my "Horatio Humble" PB for DYSLEXIA. He is a man who has worked to overcome it brilliantly -- CLICK LOGO to hear video.

SECRETS and LOVE. . . ALL in LETTERS from DOWN UNDER 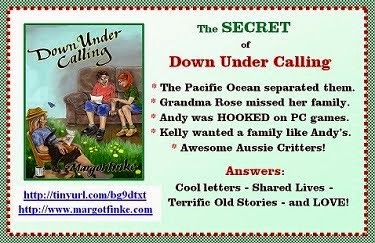 CHILL. . . with the GHOST of THELMA HILL 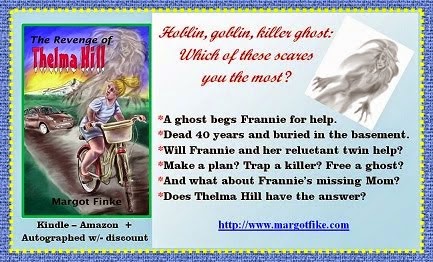 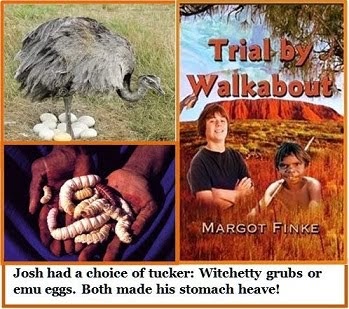 MEET RUTHIE and her PINK HIPPO 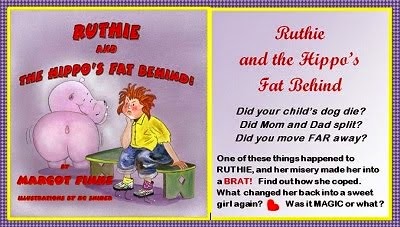 RUTHIE CAN HELP IF YOUR CHILD BECOMES A BRAT

VIDEO - Margot brings you a "feel" for the problems DYSLEXIA causes Horatio Humble. 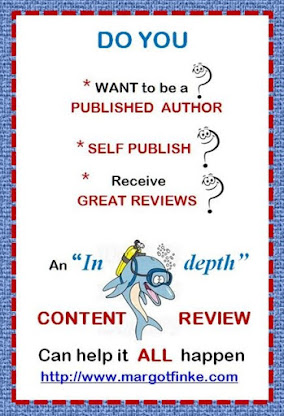 I CAN HELP YOU WRITE "TIGHT and TERRIFIC" CHAPTERS.

: Let me bring my FREE Magic Carpet of BOOKS and WRITING to your classroom. I chat about the fun and educational worth of a Skype AUTHOR VISIT in this video.

SKYPING AROUND the WORLD


Today SKYPE flew my “Magic Carpet” back to a class on the east coast. I listened to all the wonderfully innovative stories these kids wrote after my first visit with them. They really remembered to use powerful words and add lots of action – FANTASTIC! They illustrated their books, and every child wrote a cute Bio to go with their story. They were so proud of their accomplishments, and I was busting my buttons too. Such a thrill to be a part of turning a class on to the joys of reading and writing. YAHOO! I also read them “Never Say BOO to a Frilly,” as a treat for all their hard work. And their teacher, Geralyn Downey, went all out to encourage each child, and make them feel proud of their writing. Great teachers like Geralyn are real treasures.

I made a Skype Author Visit to a classroom in Auckland, New Zealand. They were so enthusiastic and smart. They even made a Video about my visit. I was thrilled and humbled. Read about it HERE

I also Skyped with high school teens in New Delhi, India. They asked so many questions. It was wonderful to see so many enthusiastic kids interested in reading and writing.


NOTE The only limit to an author visit to schools anywhere in the world are the Time Zones. They must work with where YOU live, as well as where the schools are situated.

SKYPE THANK YOU NOTES from TEACHERS


Thank you so much for this Margot. I am looking forward to skyping with you at 11. Just to let you know- the students took great pride in their stories. Although they are somewhat silly, and some maybe not too logical, the goal was for them to write and feel pride in publishing and sharing their stories. In that, they have all been successful. So, I hope that you will be able to sit back and let US take you YOU on a Magic Carpet Ride today! Talk to you soon! Geri

I did. . . and it was AWESOME!!
From a happy New Jersey teacher:

"Thank you so much for our class skype today! The children learned so much, and cannot stop talking about it! They took your suggestions for writing to heart and are excited to begin writing their own stories tomorrow! LOVED this experience! Thank you!"
**********
SKYPE Inspires a Class:

I just wanted to let you know that my students have been working hard on writing their own stories since skyping with you. They were wondering if you might have time to Skype with us again to listen to their stories.

One little boy in particular has been so enthusiastic about this that he has been asking to work on his "book" every day since skyping with you. It is a very short story, but he could NOT be any prouder! You have really made an impression on him, as well as the other students! Thank you for this!

If you ever have time to skype with us again, they would LOVE to share their stories with you!

AND I AM GOING BACK TO HEAR THEIR STORIES AS SOON AS WE SETTLE ON A DATE.


Thank you for the Skype! My class loved your storytelling!

I just wanted to thank you for visiting our class! I know my students were so excited to engage with you and found your artifacts so interesting! My students struggle every day to battle obstacles that I would wish for no child, yet they do it fearlessly. With half of my students living below the poverty line, many of them will never see the world, nor the next parish. But I do believe that experiences like the one you gave them is invaluable in their realization that there is so much more out there! Thank you again for taking the time to talk to and read to my students!

Thanks a ton for the Skype session with us. My students and I were absolutely thrilled to have you in our classroom. They wouldn't stop talking about you today. They shared their amazing experience with everyone at school and in their community as well. Today they wrote some poems for you. My students want to send you thank you emails and their poems. Do you mind if I let them email you on this id?

Once again thank you very much Margot. We thoroughly enjoyed your session, wish we could have listened you read the other story you showed us.

Thank you for spending your time with us. The children are still very excited about skype and sometimes have trouble sitting still! When the session was over, we discussed what they learned and they had a ton to say. We are also going to write a narrative using an Australian animal. It will take us a couple of weeks but I cannot wait to see what they produce. It was a great way to kick off our narrative writing unit. I think the children would love a copy of your book. Will you sign it for us? I know as they are writing their stories, yours would be a wonderful model for them.

Thank you so much for your email and especially for the wonderful Skype visit!! It was so much fun and so informative!! It was a huge hit and everyone raved about you!! :-) Regarding the books, I think it would be fine to send them to my school as there are lots of deliveries during the summer. I would love to do this again next year (preferably mid-year) with our new first grade classes!! Thank you so much for all of your time and enthusiasm!! I hope you have a wonderful summer!

YOUNG BOYS:
Cars That Go and Things That Go by Richard Scarry
The Carrot Seed by Ruth Krauss
Don’t Let the Pigeon Drive the Bus by Mo Willems

Jeff Kinney's WIMPY KID Series:
http://www.wimpykid.com/
Diary of a Wimpy Kid
The do it Yourself Book
Rick Riordan's books

Rick Riordan's Books:
The Titan's Curse
The Battle of the Labyrinth
The Sea of Monsters
The Lightening Thief.

See how most of these authors are MEN.
Come on ladies, anything they can do . . . 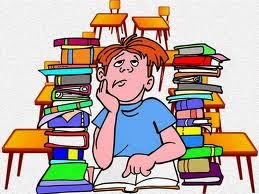 The transition from high school to college can be a challenging one, especially when it comes to writing academic papers and other written assignments. New college students will find that they are expected to write more, and that their work must meet higher standards, set by instructors who expect students to show up with the written communication skills necessary to succeed in class. Regardless of the type of writing you are asked to do, proper grammar and punctuation is expected. Use our quick-reference guide to avoid some of the most common mistakes student writers make. Grammar – Punctuation – Other Common Issues – Different Writing Styles – Citation Guide